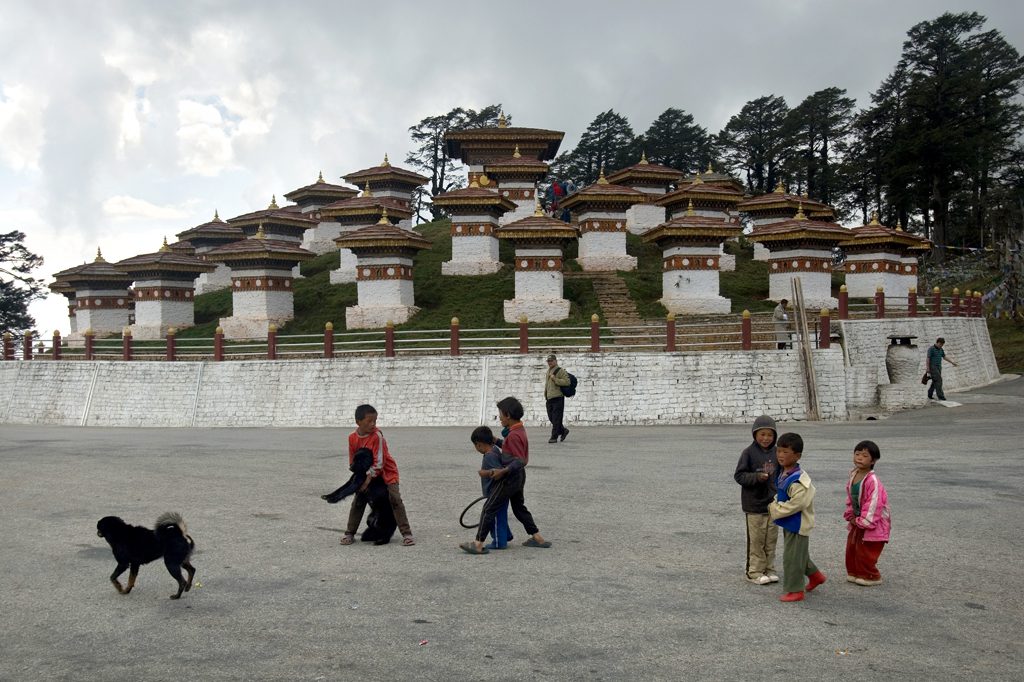 HIGHLIGHTS OF THE HIMALAYAN HEARTLAND TOUR

A lovely introduction to the beautiful kingdom which is also known as the last Shangri La (paradise) on earth. It takes you through the lanes of the Capital – Thimphu where you can witness an amazing fusion of modernity and traditional culture to the Old Capital – Punakha via the Dochula Pass (3,140m). The trip ends with a hike to one of Bhutan’s most sacred sites: Taktshang Monastery (also known as the “Tiger’s Nest”) in Paro.

The first day of your trip will give you an exciting chance to learn more about the country and its people. You will come to know how the Bhutanese preserve their culture, traditions and the art of painting from outside world. Visit Kuensel Phodrang which also known as Buddha Point and is a gigantic Shakyamuni Buddha statue constructed in the mountains of Thimphu. You will be able to see The Memorial Chorten, built in 1974 as a memorial to the third king Jigme Dorji Wangchuk. Hotel Norbuling3 activities includedLunch includedParo, Bhutan and Thimphu

Thimphu is where you can witness an amazing fusion of modernity and traditional culture. Thimphu was declared as the capital of the Kingdom of Bhutan in 1961. Changangkha Lhakhang, perched like a fortress on a ridge above central Thimphu, hums with pilgrim activity. In the evening visit Motithang Takin Preserve, which is a wildlife reserve area for the takin, the national animal of Bhutan. Hotel Norbuling5 activities includedLunch includedThimphu and Motithang

Today’s adventure takes you through the Capital where you can witness an amazing fusion of modernity and traditional culture to the Old Capital – Punakha via the Dochula Pass. Visit Punakha Dzong, often referred to as the ‘Palace of Happiness’. Stop by Chimi Lhankhang monastery which stands on a round hillock built in 1499 after the site was blessed by the “Divine Madman” Drukpa Kunley who built a Chorten on it.

Visiting the historic site of Punakha, we drive towards Paro stop by Dochula pass, where 108 memorial stupas known as “Druk Wangyal Chortens” have been built. Simtokha Dzong was built in 1629 by Zhabdrung Ngawang Namgyal, who unified Bhutan. It is the first monument of its kind built in Bhutan. In the evening visit Paro Dzong and Kyichu, which is one of the oldest temples in Bhutan, originally built in the 7th century by a Tibetan Emperor. Tashi Namgay Resort3 activities includedLunch includedSemtokha and Paro

This is all about your day hike to Paro Taktsang, built around the Taktsang Senge Samdup cave which could almost be called ‘the walk from the earth to haven’. Lunch will be arranged so that you can enjoy the views over the Taktsang valley. After lunch, you will be dropped back to your accommodation to get yourself some rest, in the evening we will visit Paro Musem follow by Paro town. Tashi Namgay Resort1 activity included-Paro

Today is the last day of your trip to Bhutan and it is time for you to take the memories back to your country. We bid you a sad farewell.